If you’re learning and writing binary exploits, I would strongly recommend you to take Architecture 1001: x86-64 Assembly course by Xeno Kovah. They cover a wide variety of learning assembly instructions which will be really helpful to understand the exploits.

If you haven’t done setting-up your lab, feel free to check out my previous article on Exploit.education lab setup

Stack Zero exercise is based on stackoverflow memory corruption issue where you’ll have to smash the stack to modify other variables in the stack to achieve code execution, execution flow redirection or behaviour in the program. Technically, gets function is unsafe that doesn’t have bounds check basically, it accepts memory address to write but doesn’t care about overwriting other declared variables in stack. If you take closer look at the struct which isn’t dynamically being allocated by malloc function, so probably the struct which contains both char buffer[64] and volatile int changeme stays in main stackframe.

Disassembling the code will get you overall idea behind the stack-zero code, One can use gdb ./stack-zero to start debugging it in runtime.

Before taking a look at the code, if you disassembled the stack-zero using gdb to view the assembly instruction, you may notice the puts, exit and gets function calls with parameters. So basically when you hit r in gdb without breakpoint,

You can see that locals.buffer (64 bytes) gets written at $rbp-0x50 i.e 0x7fffffffe610 and locals.changeme integer variable (4 bytes) at rbp-0x10 i.e 0x7fffffffe650. Now that you got the overall idea of the memory layout of the stack, you can now go ahead blow up the stack to overwrite locals.changeme. If you playaround with these memory layout behaviour, you can note that the char buffer variable writes from $rbp-0x50 towards $rbp-0x10. 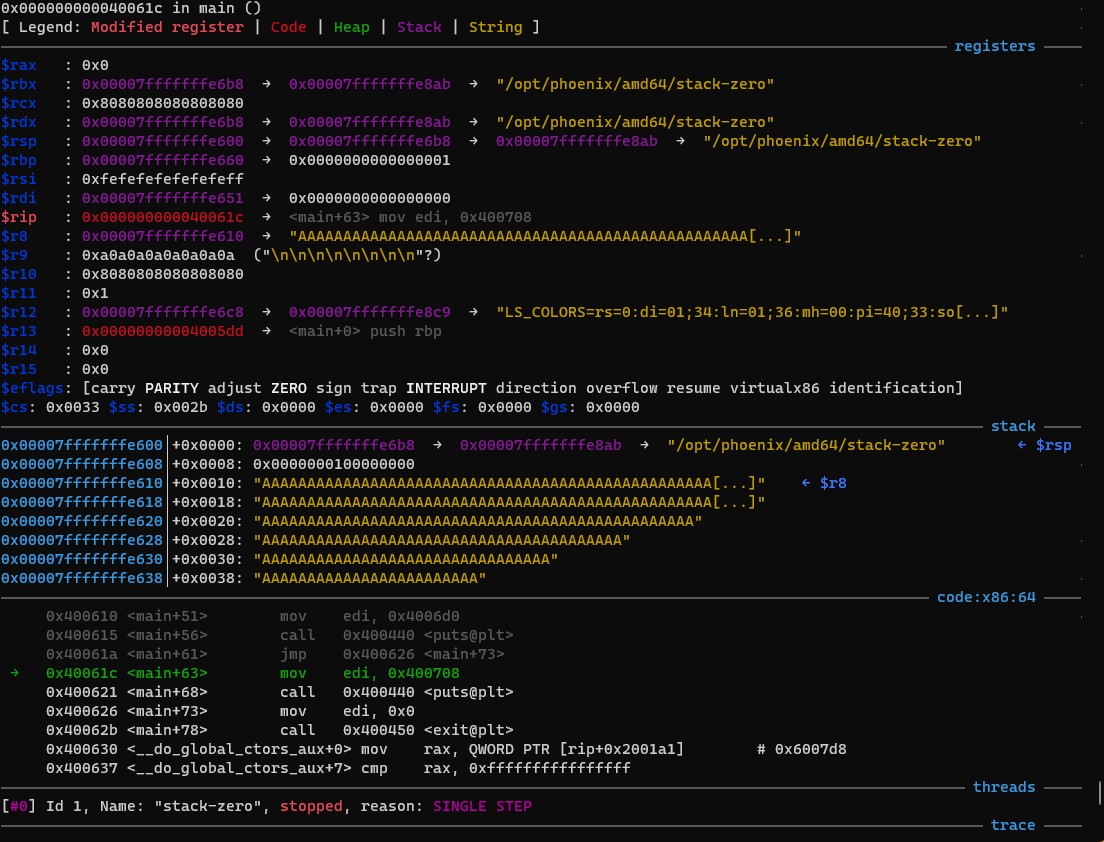 There you go! 🎉 You’ve officially pwned the binary and possibly you could control the program flow and may eventually perform remote code execution in the system. 🪲 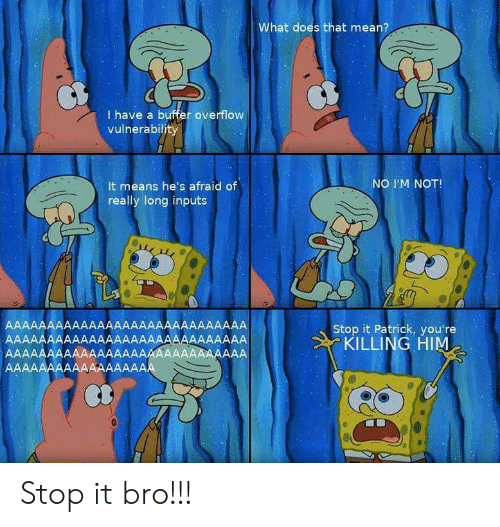 I hope this post is helpful for vulnerability researcher 🔍 & code reviewers, For bugs,hugs & discussion, DM in Twitter. Opinions are my own and not the views of my employer.